This Army Day, Enlighten Your Kids with These Facts about the Indian Army ,Why is Army Day Celebrated?

January 15, 2020
Why is Army Day Celebrated?
Army Day is celebrated on 15th January every year in recognition of Field Marshal K M Cariappa’s taking over as the first Commander-in-Chief of the Indian Army (from General Sir Francis Butcher, the last British Commander-in-Chief of India).What We Should Know about the Indian ArmyMore than the organisation itself, it’s the soldiers and officers who are the face of the Indian Army. To make it easier for your child, explain using simple words who these people are, and what they do for us and our country. 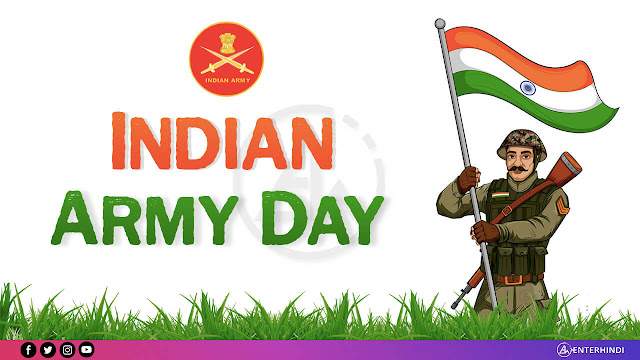 1. The Indian Army came to be formed in 1776 when the British were still ruling. Indeed, they’ve come a long way since our independence!

2. It is the third largest when compared to all other armies in the world.

.3 Sam Manekshaw was the first Indian officer to become a Field Marshal

5. Sepoy Kamal Ram was the youngest to receive the Victoria Cross for the valour he displayed in World War 6. He was just 19 then!

7. The Indian Army has its presence even outside the nation. It has a base in Tajikistan.

8. India is the largest troop contributor to the UN peacekeeping missions over the last six decades.

Kids can take some lessons from the Indian Army that will be helpful not only in terms of academics but for life. They can learn that when they are determined to achieve their goals, nothing is impossible. But, even when they excel in life, they should always remain humble and down-to-earth. They’ll also learn that having courage is an admirable quality and that challenges become easier to tackle when you face them bravely.

These 8 facts will sow the seeds of respect and admiration for the Indian Army in your young children. And who knows, they might even aspire to serve the nation one day! Finally, a salute to our Indian Armed Forces for their service and the sacrifices they make for India and Her citizens!

Indian Army Day: Interesting facts on our defending wall
Indian Army Day 2021: Motto
The motto of the Indian Army is 'service before self' and its mission is to ensure national security and national unity, defend the nation from external aggression and internal threats, and maintain peace and security within its borders.
15 January 15th August Army day Army Day 2021 in India