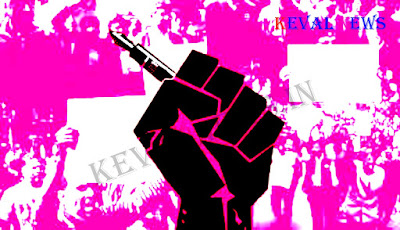 The birth and early studies took place in the 'Kanpur' district of Uttar Pradesh, Kanpur which was once known for its textile mills, but is probably 'world-famous' for 'crime' and 'religious riots' ..

Since childhood, except for school books, anyone was fond of reading books .. comics, Champak, Chandamama and when nothing was found, the novel of 'Atariya' Shivamangal Bhaiya used to chat .. And yes, every morning  The newspaper was part of the routine ..

In the neighborhood and neighborhood, there is an undeclared 'degree' of declining fighting and fighting, domestic political manipulation, we have got it .. We were uncle lawyers and I was a fufa leader.  ..

'Confuse' I have been a little since childhood, when in childhood, someone used to ask what would become of a son when he grew up?  So I used to think, am I astrology?  Who will tell the future of ten-twenty years at this age .. Then when Mataji scolded, 'Look how Papua speaks, everyone will become a doctor .. Let me say something to you as well' Then after a lot of 'Confusion' I  It started saying 'Engineer', as a result everyone got praise and Rakha Laddus were found on the plate ..

There was little interest in studies, but as soon as the tenth board came to take the 'first division' of the block - but then I got a little 'confused' that you will be able to run 'science' in the end ... finally a little lighter  Took 'Commerce' .. think of let's have a little burden on the mind ..

Due to this 'Confusion', we also did a lot of jobs, or if I could say, I did a lot of work .. First sold the 'Pager' of 'Pager Company', then went from house to house 'cleaning machine' and then some friends  Gave up that 'your voice is very good', so we went to audition in the company that made the advertisement for 'Radio' .. We were also taken to luck .. Then after a few days seeing other friends 'Call center'  Of colors  Rough became enamored, after a few days, I again felt that I was born for journalism, so I started writing 'textual' in many Hindi papers, 'Rashtriya Sahara' editor and my mentor Mr. Sanjeev Mishra 'Sahara  He gave 'unofficial' 'free-journalism' to 'Sahara' ..

Also connected to 'electronic-media' only, I filled a lot of pages during that .. After doing 'revolution' for almost a year, when the enthusiasm was cool, then I saw that all the money I had spent in this 'revolution' ..  Then applied for a bank job ..

Lucky for the poor, the bank also gave a job, but in the other end of India 'Kutch of Gujarat' .. luckily some local relatives gave courage and came here..and got a job for about six years..then here  Got into a family business ..

It is said that the 'worm' of writing and journalism never dies, after years I woke up again and I came back to journalism..But now the situation has changed a lot with the journalism of 2000 .. Now that pen's position  'No, what used to be ... a lot has changed now ..
I am making a small effort called Kranti.com, maybe for my inner self .. which is not friendly with today's 'journalism' .. or not 'capable' .. I think this is far from making today's journalism  I understand better ... because I think it is better to make someone cry, to get away from it and find an alternative ..

I think maybe the 'devil' of my 'Confusion' is dead now ..