Maha Shivaratri: The most Auspicious Night of the Year

Maha Shivaratri: The most Auspicious Night of the Year 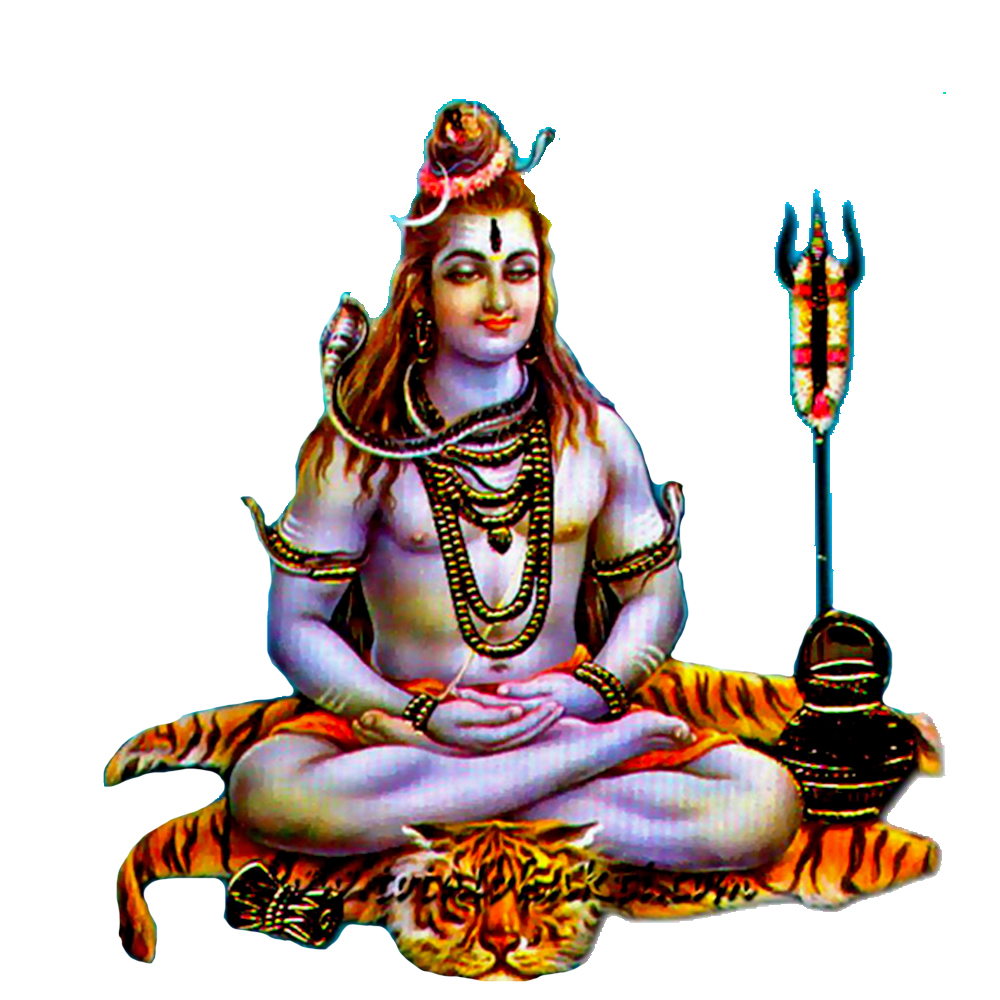 Lord Shiva is also revered as the Mahadeva (“Great God”), Mahesha (“Great Lord”), Nataraja (the cosmic dancer), Shambhu (“Benign”), Shankara (“Beneficent”), Adiyogi (the God of yoga and meditation), the Ardhanarishvara (androgynous union of Shiva and his consort in one body, half-male and half-female), the great ascetic, the Supreme Yogi, the master of fertility, the master of both poison and medicine, Pashupata (the Lord of Cattle), Kala Bhairava (Lord of times) and Rudra (the destroyer of evil and sorrow).

Shivaratri, the night of Lord Shiva falls on the fourteenth day of every lunar month or the day before the new moon. A total of twelve Shivratris occur in a calendar year but the Maha Shivratri is the one that occurs in the month of Phalguna (February-March). It is of significance not just for the spiritual seekers, but also for those desiring fortune and auspiciousness in their family and lives.

Why Maha Shivaratri is celebrated?

Maha Shivaratri, just like many other Indian festivals doesn’t have one single reason for its celebration. The ancient texts contain many stories and legends describing the origin of this festival.
One of the most well-known is the story of the Samudra Manthan (churning of the milk ocean). During the churning of the milk ocean, a poison called halahala/kalakuta emerged from the ocean capable enough to destroy the entire existence. When that uncontrollable poison was forcefully spreading up and down in all directions, all the devatas approached Lord Shiva [Sadashiva]. Feeling unsheltered and very much afraid, they sought the shelter from him. 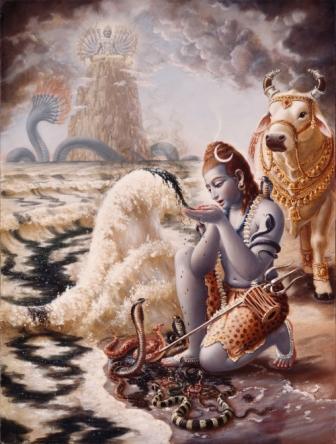 Lord Shiva is always benevolent toward all living entities. When he saw that the living entities were very much disturbed by the poison, which was spreading everywhere, he was very compassionate. People in general, being bewildered by the Maya, are always engaged in animosity toward one another. However, devotees, even at the risk of their own lives, try to save them. This is the characteristic of a Vaishnava. Para-duḥkha-duḥkhī: a Vaishnava is always unhappy to see the conditioned souls unhappy. Lord Shiva (Rudra) is the best of the Vaishnavas (vaiṣṇavānāṁ yathā śambhuḥ).
Hence, Lord Shiva, who is dedicated to auspicious, benevolent work for humanity, compassionately took the whole quantity of poison. Although there was such a great quantity of poison that it spread all over the universe, Lord Shiva had such great power that he reduced the poison to a small quantity so that he could hold it in his palm and drank it all. The poison born from the ocean of milk manifested its potency by marking Lord Shiva’s neck with a bluish line. That line, however, is now accepted as an ornament of the Lord.
The night when Lord Shiva drank the poison and held it in his throat is called the Maha Shivaratri, and the devotees observe fast and stay awake for the whole night and worship the Lord, glorifying his merciful act of saving the world by drinking poison and holding it in his throat.
Some also celebrate this festival in honor of the marriage of Lord Shiva, with Mother Parvati (Mother Durga / Mother Gauri) on this day. Others celebrate Maha Shivaratri as the night when Lord Shiva performed the “Tandav”, the cosmic dance.
Immediately after Maha Shivaratri, the spring begins and the trees are full of flowers announcing that after winter the fertility of the earth has been rejuvenated.

How Maha Shivaratri is celebrated?

The ceremony takes place mainly at night. Some devotees observe a strict fast on this day. They stay awake the whole night. The Shiva linga is worshipped throughout the night by bathing it every three hours with milk, yogurt, ghee, honey, etc., whilst chanting of the mantra “Om Namah Shivaya” and “Mahamritunjaya mantra” all night by offering Bilva (stone apple) leaves to the linga. Many hymns glorifying Lord Shiva are sung with devotion.
Shiva is the most compassionate. He is the greatest of the givers. The holy texts are full of many stories about Shiva’s compassion. So anyone who worships him with the truest of devotion, utters the names of Lord Shiva with perfect concentration is freed from all sins and sorrows.
He who utters the names of Lord Shiva during Shivaratri with perfect devotion and concentration is freed from all sins and he reaches the abode of Lord Shiva and resides very happily there. The Vaishnava however, worships Lord Shiva on this day in order to receive His blessings to become a better devotee of Lord Krishna.

Shivaratri and its observance referred in Srimad Bhagavatam

Once upon a time, the cowherd men of Vrindavana, headed by Nanda Maharaja, desired to go to Ambikavana to observe the Shivaratri ceremony. The Vaishnavas also observe this ceremony because they accept Lord Shiva as the foremost Vaishnava.
Shivaratri is not just a festival of celebration, but also an occasion to glorify the compassion of the greatest devotee of Lord Shiva in saving the existence by drinking the poison and express our gratitude to him. We must also pray to the Lord to help us develop a drop of such compassion by which we may also dedicate our lives for the welfare of the world, following his example.