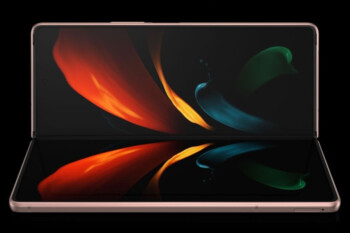 The much-improved sequel to the Samsung Galaxy Fold, the , has been unveiled and will be released on September 18th. We’ve gone over some of the changes between the OG model and the new version before such as the much improved 6.2-inch external display, the 120Hz refresh rate on the larger 7.6-inch internal “tablet” screen, the inclusion of the Snapdragon 865+ Mobile Platform, and the use of Ultra-thin glass on the folding display. One thing that remains the same is the price, which once again is thisclose to $2,000.
Samsung’s official video gives you the 4-1-1 about the Galaxy Z …